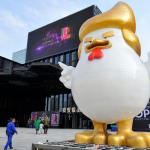 Hello there! If you can't already tell, my name is PhantomForcesUser or PFU for short.

I am a current administrator on the Phantom Forces Wikia and its Discord chat. You can contact me on here on my message wall or message me through my Discord.

Other things about me:

I joined the wikia in late May 2017. I was interested if I could find a place that gave proper information on Phantom Forces and all the weapons, attachments, equipment and etc. and so I stumbled on to the Phantom Forces Wikia. I joined up and have been trying to help out the wiki the best I can. I've been trying my best to not look like a blithering imbecile. I have played First-Person Shooters for about six years. I have played Call of Duty, Battlefield, Counter-Strike and countless of others, such as Oof Brigade.

I have been playing Phantom Forces since the late stages of its Beta phase. At present, I have been playing for about two years or so. As a player, I both tryhard and goof around, so I do not have the best kill to death ratio. I also tend to do research and testing on weapons and attachments when not climbing up the ranks.

If one were to look at my edits, one might ask as to why I am making edits at 3 A.M in the morning. Well, that's 3 A.M their time. My time would be 9 p.m, as I live on the other side of the world in Australia, or as you people like to call it 'Down Under'. Given that most people on the wikia are from the U.S.A, I am between 15 to 18 hours ahead of most people (depending on where you live in the U.S.A). So while you're probably getting ready for bed, I'm busily procrastinating and working on the wiki.

Retrieved from "https://roblox-phantom-forces.fandom.com/wiki/User:PhantomForcesUser?oldid=159375"
Community content is available under CC-BY-SA unless otherwise noted.